skip to main | skip to sidebar

Conversation between me and the waitress at a supposedly upscale restaurant here in town:

Waitress:  What can I get you to drink? 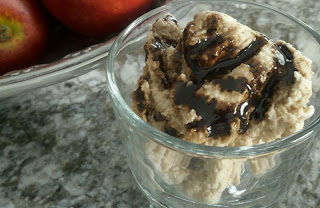 It was a hit!  There was a debate over how to flavor it...hot chocolate mix or chocolate syrup...I lost and chocolate syrup won.  So I mixed chocolate syrup in with the snow and some evaporated milk, then drizzled a little extra syrup on top when I served it.  It was ok, not great.  But, it seems as though we will have a chance to perfect our recipe tomorrow, when it is predicted that we will get a few more inches of snow.  Then we will do it my way.  LOL
Posted by Lauri at 1:03 PM 2 comments: 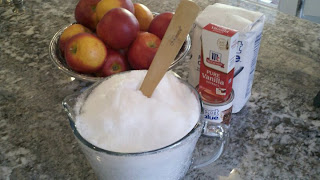 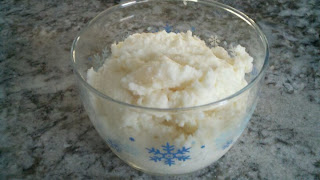 Why, snow ice cream, of course!  When I opened the cabinet to get out some little dessert bowls to serve it in, there were these two little bowls with snowflakes on them that I got several years ago and forgot I had, but they are exactly perfect for something made out of snow, don't you think?
Anyway, as I was mixing it up in the kitchen I was afraid the snow was going to melt so I took it out to the back porch and stirred and stirred and stirred...and it actually turned into something that looked an awful lot like ice cream!  I was really amazed at how creamy it was.  I think I was 11 years old the last time I made this.  I used regular milk, and I remember it being a little runny.  But not this stuff!  I also thought about using powdered sugar, but I didn't need any sugar at all. 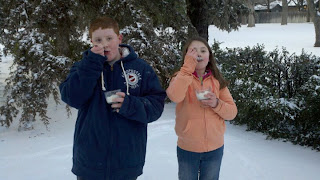 Plopped it into some bowls and took it out to the kids who were running around in the backyard.  Yes, it looks like they are a little lightly clothed, but Claire had on a fleece blanket sleeper and a fleece pullover underneath her jeans and the orange hoodie.  Ethan had on several layers, as well.  (You have to remember that we are still new here, and not used to real winters!)  But you can see how pink their cheeks were getting! 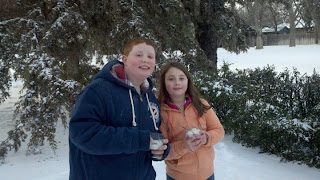 It was a huge hit and Ethan is coming up with recipes for making chocolate snow ice cream...he's just trying to decide if it would be better to use chocolate syrup or hot chocolate mix.
Posted by Lauri at 9:13 PM 2 comments:

I think it is rare to have weather that is this perfect anytime of the year, but especially in January...about 50 degrees and not a single cloud in the sky, so I definitely wanted to take advantage of it.  We went to the park.  I guess it's been a while since we've all really been to a park.  Suddenly, all of my kids are too big for the equipment!   Ethan completely dwarfed the slides, ladders and bridges! 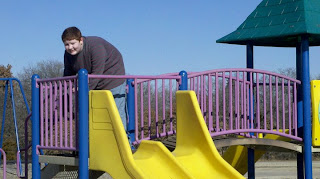 Claire brought a few things along in her backpack to make sure she would keep busy... 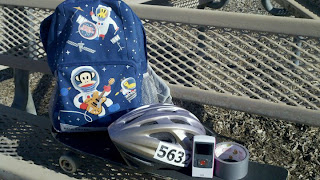 Her skateboard, my old cycling helmet, her Flip video camera and a roll of Duct Tape.
And this is what Allison brought... 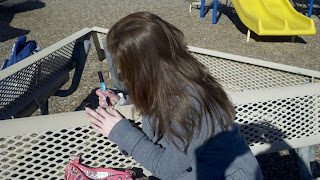 A Vera Bradley purse with several different kinds of nail polish.  I'm not even sure these two girls are related. 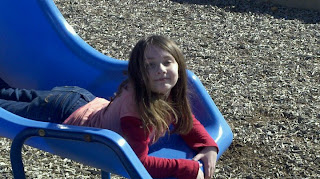 With smiles like this, it's all good!
Posted by Lauri at 7:54 PM No comments: 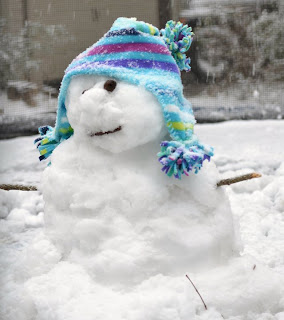 So this is our newest adventure...snow!  My family moved around quite a bit when I was a kid, so I have experienced snow a few times.  My kids, however, have never seen snow, so this was a first.  There wasn't a whole lot, but it was enough to count.  We could have made a bigger snowman but, they moved on to other things. 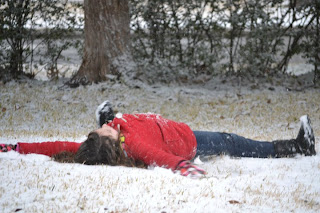 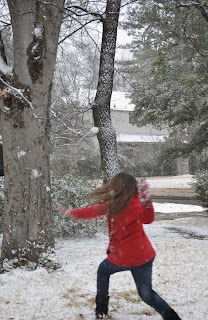 And snowballs.  Even if the fight was only with a tree, because her brother got too cold and went back in the house to warm up. 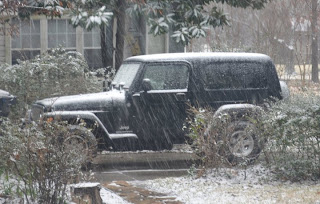 You can see the snow really coming down in this picture.  It all came down on a Sunday, and the temps remained below freezing for 3 days (I think) afterward, so there was lots of ice on the roads...I was never brave enough to even attempt to drive in it. 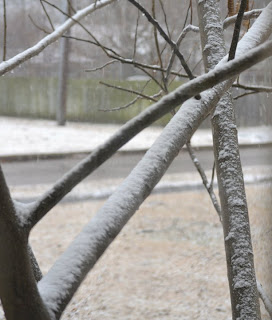 But I did love just looking out at everything through the window.
Posted by Lauri at 4:45 PM 2 comments:

Getting REALLY pissed off!

For some reason I cannot add a picture to a new post here, and I have been trying for days...I don't know if it is me or Blogger...I seem to be following all of the directions, but it just won't work. Grrrr!
Posted by Lauri at 2:17 PM No comments: 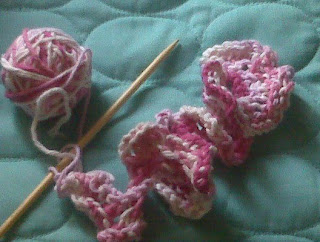 I cannot explain what happened. I thought I was ready to move on to the purl stitch. My friend, Stephanie, thought so, too, and she gave me a pattern for a dishcloth where I was supposed to alternate 3 knit stitches and 3 purl stitches, which would result in a lumpy, bumpy texture. But something went horribly wrong...what I ended up with was twisted and curly, nothing at all like a dishcloth. I understand if you need to break up with me.

Lauri
Oklahoma, United States
Practically sane, very sarcastic, stay-at-home mother of three kids. All stories are true; names have not been changed...to protect the innocent. I was diagnosed with Celiac Disease in April of 2010 and I am learning how to eat without being sick. My husband was transferred to a small town in OK in June of 2010...everything was going fine until school started and some things happened that made me decide to take my children out of public school and start homeschooling them, something I never thought I would be doing. Any questions? Please feel free to ask! Any advice? Let me know! I love and appreciate all of your comments-thanks so much for reading! 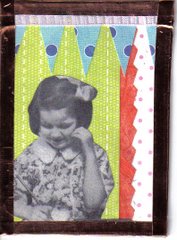 Learn something new every day.

This is a Flickr badge showing public photos and videos from artsmith_satx. Make your own badge here. 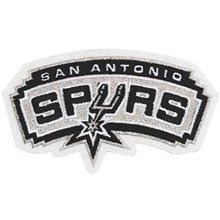 SOME OF MY FAVORITE BLOGS